NB. Since this website was started, the design of the display assembly has been improved and simplified. The following photo shows a complete set of components for the display assembly in its current form. An equivalent image, showing the original version, can be found near the end of this page. 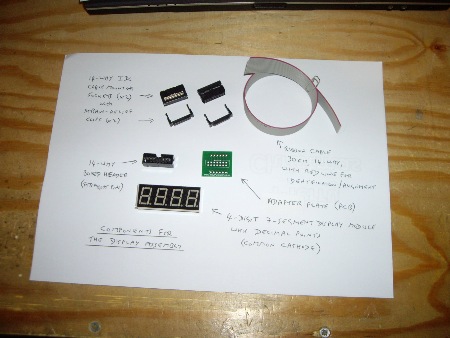 A complete set of components for the 4-digit display assembly. 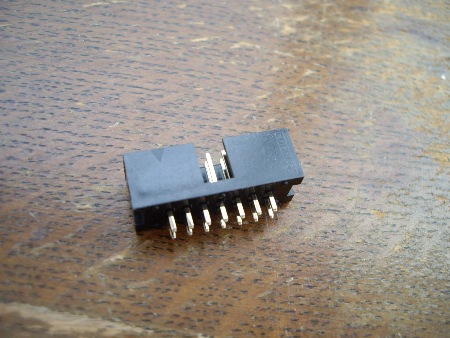 The first stage of the assembly process is to fit the 14-way "boxed header" socket.

This component has a triangular identification mark which can be seen here at the top-left. 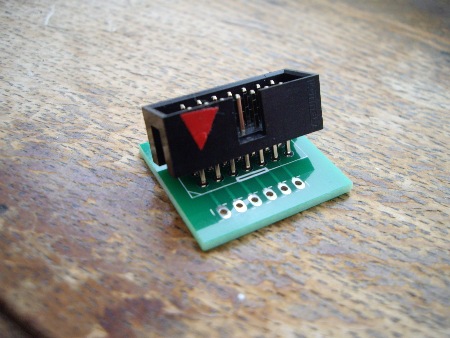 The correct location for the header is shown in the silk-screen image on the adapter plate.

When correctly located, this component can be soldered into place. Only 12 of its 14 pins are used.

To make the identification triangle more visible, it has been highlighted with red tape. 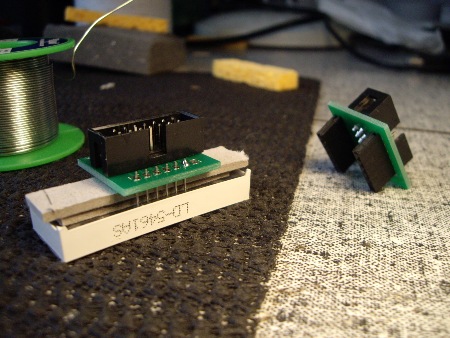 Here, two strips of card have been used to increase the space between the display module and the adapter plate.

Solder has been applied to just one of the pins. After checking the 'fit', the remaining 11 pins can be attached.

NB. The adapter in the background is of the original type.

A 14-way ribbon-cable is required to run between the adapter plate and the main PCB. Most ribbon cable has a red mark along one edge, and this should be aligned with the triangular mark on the connector at either end. 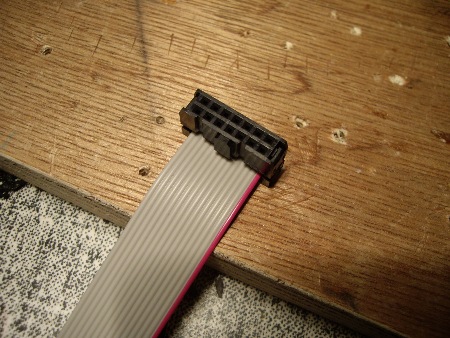 …it is inserted into the connector from the opposite direction.

This sub-assembly is then compressed in a vice or similar until the plastic tabs at either end 'click' into place. 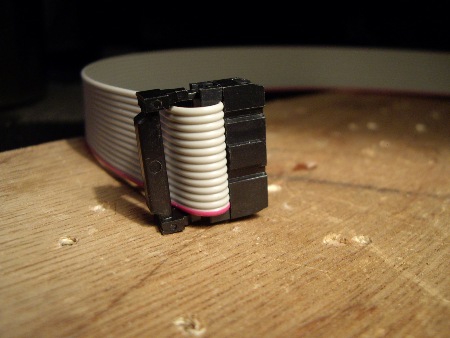 The cable is then folded back on itself and held in place by the strain-relief clip.

The strain-relief clip can be pushed into place by hand.

Here, the clip has not yet been pressed fully home. 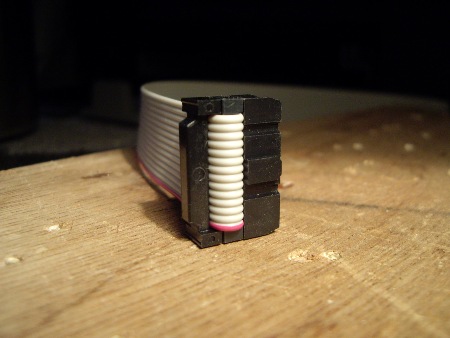 Here the fitting of the IDC connector has been completed.

Although barely visible in these photos, the triangular mark on the body of the IDC connector is next to the red line of the cable. 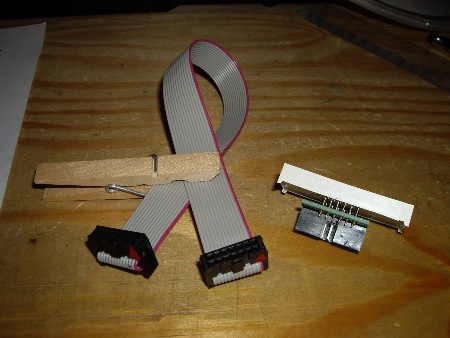 Here, an IDC connector has been fitted to each end of the cable.

This ribbon cable assembly is now ready for use. 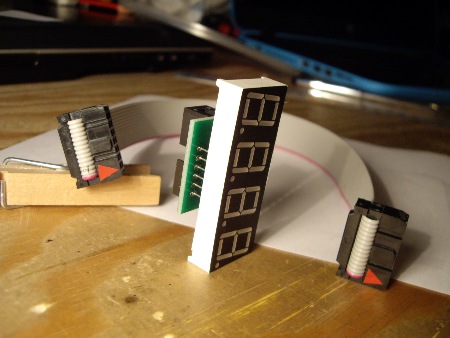 Here the completed ribbon cable assembly is about to be inserted into the header socket on the adapter plate. 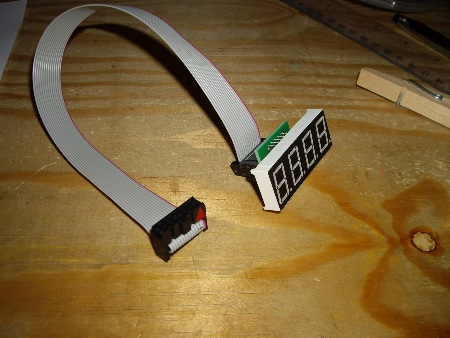 Testing the display assembly is described on the Assembly & Final Tests page. 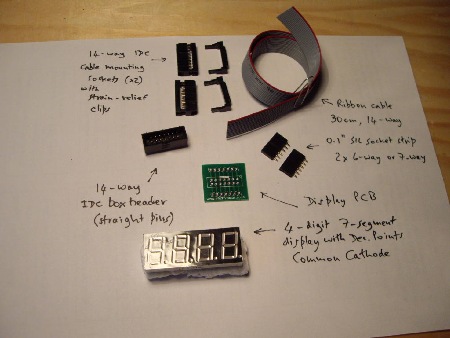 Two SIL-socket strips are required, and the PCB is slightly different. 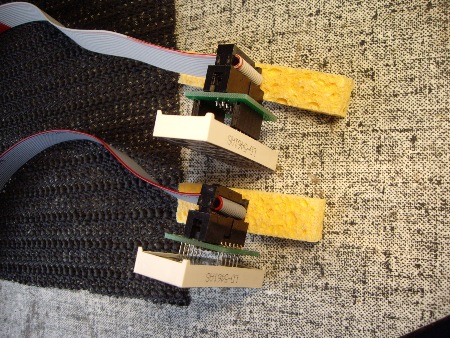 Here are two display assemblies that have been constructed in different ways.

The upper one shows the original method with the removable adapter.

The lower one shows the new method in which the adapter plate is soldered directly to the pins of the display module.